Winter in Kolkata: A Time for Flowers 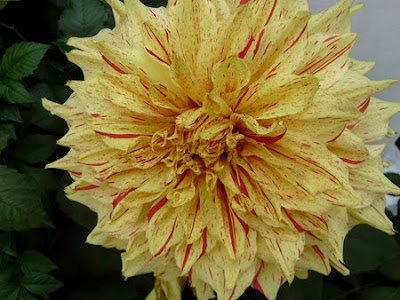 We have been really enjoying the winter weather in Kolkata this year, with temperatures from the low 50s to the mid 70 degrees Fahrenheit. It is also the season for flowers, especially dahlias, roses, chrysanthemums and marigolds. 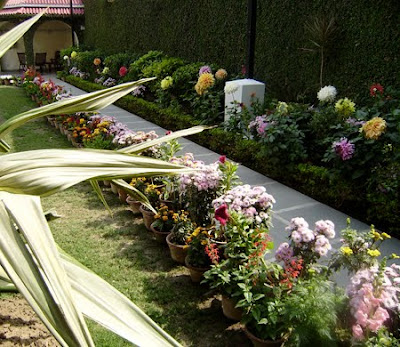 The gardeners at the consulate grow amazing pan-plate sized dahlias in many colors. The two photos above are of their beautiful work. 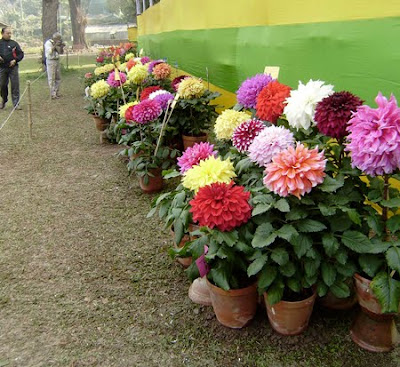 It is also the time for the annual flower show at the Agri Horticultural Garden, founded by William Carey in 1820. Again, amazing flowers especially the dahlias 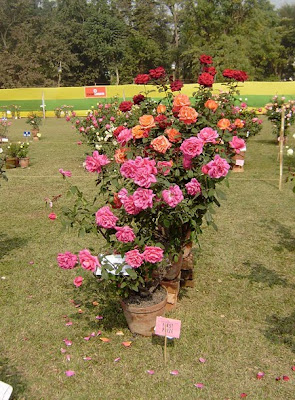 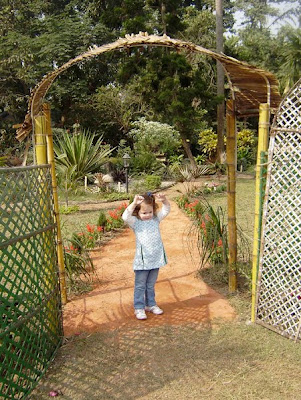 Since the garden is picturesque, I asked our daughter to pose underneath an archway so that I could take a picture. 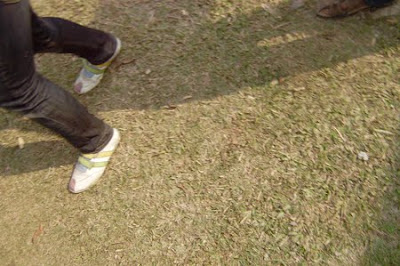 But before I could hit the button, there was a rush 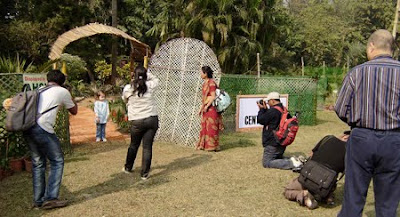 and a flurry of photographers that jumped in front of me to take her photo. This is a common experience with expat babies in the city, lots of photos taken and lots of pinched cheeks. We won't be surprised if she shows up on an ad for someones small tea shop one of these days. Since we take so many photos of people in the city, it seems to balance out when people in the city like to take pictures of us.
on January 26, 2010

That is hilarious Natalie!

I love it! Sicily doesn't seem to mind either.
Give my congratulations to the Consulate gardeners. Their flowers are so big and beautiful.

Just recently found your blog. Love that first picture! Congrats on your next post, I have friends who have been posted in Prague and just loved it.

especially loved this one!!!

Děkuji! Does it sound like day-koo-gee? This is going to be hard!