Packing Out From Washington D.C. 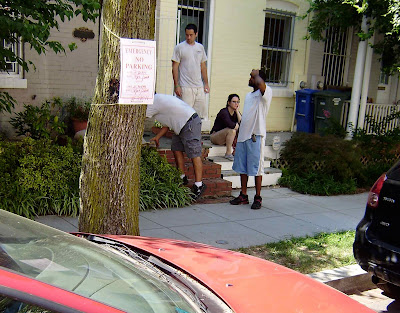 One of the movers from Pullen told us that most moving companies cringe when they get a call to pack out from Washington D.C. This is mainly because of non-existent parking for the large moving trucks and the need to maneuver a lot of items through awkward arrangements.

With our one year-old and our 102 pounder both in daycare for the day, we started off waiting for two cars to be towed from the emergency no parking zone we had established 72 hours in advance, as directed by D.C.'s DOT. Getting the signs from DOT was very easy, it took about 15 minutes at their North Capital Street location.

But, the no parking signs really are not a deterrent in the city. The two cars were ticketed $50 and towed to nearby spaces. We felt bad for the car owners but otherwise the movers would not have been able to get their trucks near our house.

Luckily, the movers started packing up the house prior to the van being parked and the day quickly flew by. As I mentioned, we separated the different shipments into different rooms. This made the move quicker since they didn't have to constantly stop and ask where something was going. 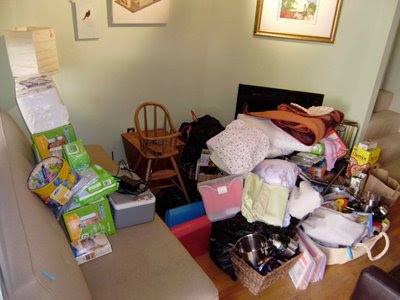 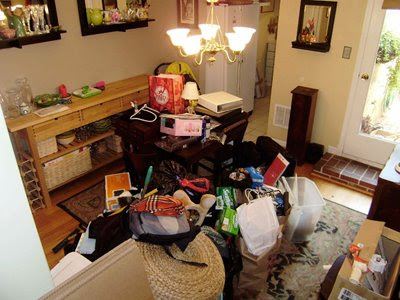 Our house is only 12 feet wide, so they moved out large furniture from the first room to box up the UAB. While two of them boxed up the UAB, another two went into the dinning room and kitchen which had HHE and started boxing. A fifth person went upstairs and started boxing the HHE up there. There has been much discussion on the Yahoo group "livelines" about trying to limit the number of movers in the house. In our case 5 worked well. It was enough to pack up quickly but not too many for the two of us to monitor.

A quality inspector from the Department of State stopped by for about 20 minutes to see how everything was going. I was surprised to see her, but it was comforting to have someone else to talk to in case something was not going well. 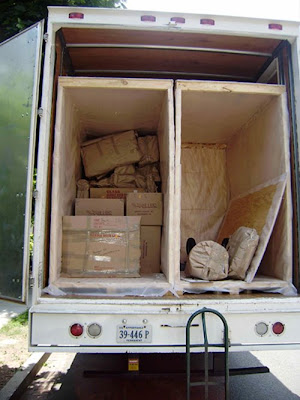 Pullen did a great job packing and wrapping items. They mostly used paper sheets to wrap items and a variety of different sized boxes. The UAB was placed into 4 large boxes, very heavy cardboard with reinforced seams. The HHE was boxed and wrapped and placed into large wooden crates that were lined with heavy plastic. To give you an idea of the size of the crates, our 72" book case was able to fit without being put on its side. When a wooden crate was full, they nailed the crate shut.

Our long term storage items, mostly large furniture and books, were either boxed or wrapped in paper. We have a very narrow, steep staircase, so were amazed with the large items they were able to bring down the stairs in whole pieces. The storage items also went into a large wooden crate, but without the heavy plastic lining. And instead of being nailed shut the final side was clasped shut.

We had a two day pack out scheduled, because of the small size of our house. The pre-survey inspector recognized how hard it was going to be to maneuver once the packing started. Pullen was able to get everything out of the house in one day starting at 10:30 and finishing before 6:00 PM.

The next day was used to pack out our storage closet in Crystal City full of HHE items. Again the items were wrapped or boxed and put in a large wooden crate lined with the heavy plastic and nailed shut. Pullen was able to finish this packing in less than one and a half hours.

We are happy that this to-do is finally off our list. Now to the large list of other items. 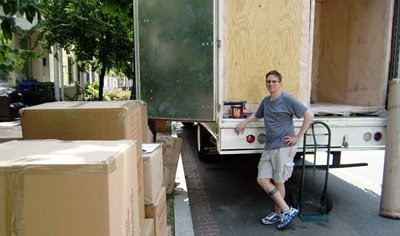 Do they "pack out" from your home location to get you to DC when you first go for A-100?

You will get the three types of shipments: your suitcases, UAB and HHE to permanent storage.

After you get your assignment and travel orders (which may be a while if you need language) you will get these three shipment again to your new post and access once to your long term storage, in case you need to get something out.